The spiraling problem of drug resistance has necessitated the development of novel antibiotics. AbGenics is developing camelid  antibody based antiinfective biologicals particularly directed against the most serious ESKAPE pathogens, that is prevalent in hospital settings, fungi that cause persistent dermal infections and enteric bacteria that cause epidemics under conditions of natural calamities.

We have developed CaMabs (see table below) to address these issues that have the potential to supplement or replace antibiotic usage. 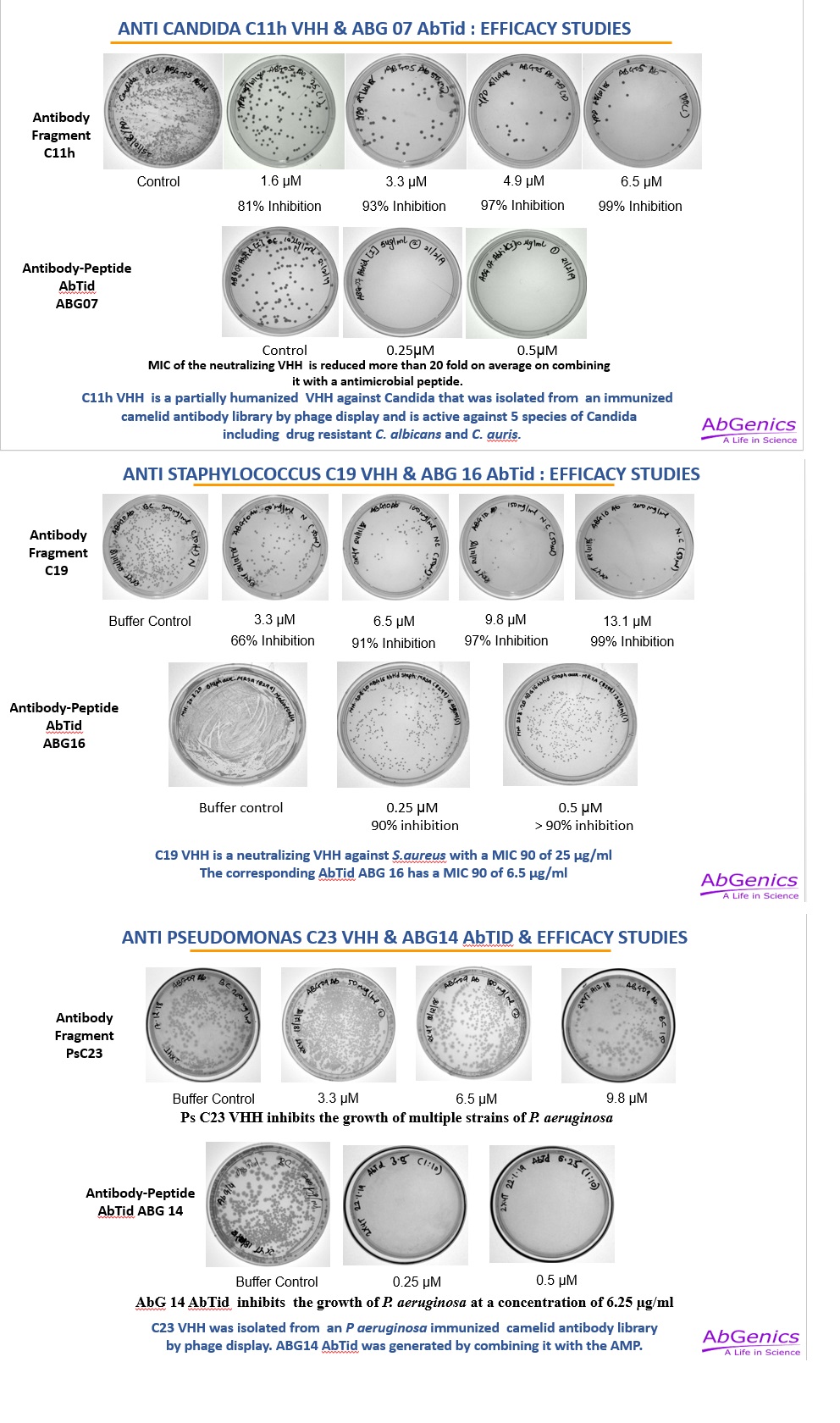 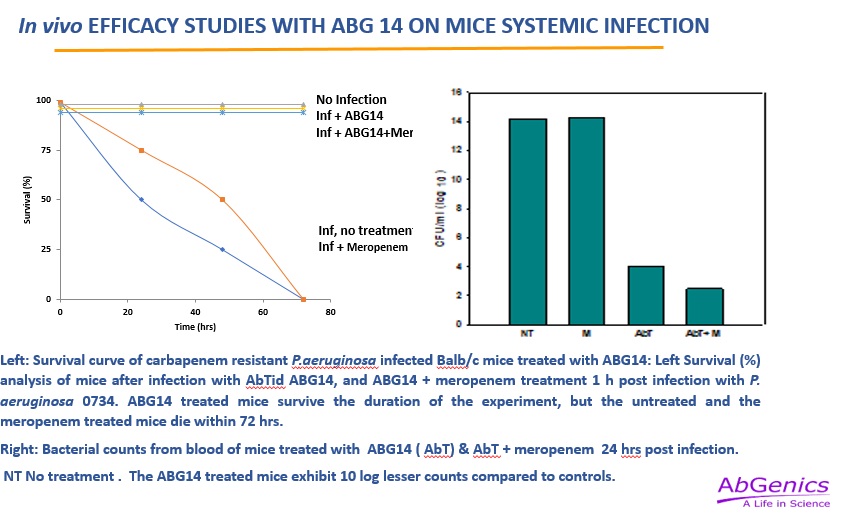